How do I find a wedding minister, officiant or celebrant in Hawaii?

Whether you are having a large wedding, a celebration with your closest friends and family, or just a simple elopement. The one thing that you will need to get married is wedding officiant. For those who belong to a church, the choice is usually pretty simple as long as your minister is available for your wedding day. But what about those couples who are non-religious or would prefer someone outside of their church? Or perhaps you belong to a church but your wedding is out of town. Some couples may even find that the church has specific rules that they would rather avoid having to deal with. If you fall into any of these categories. fortunately there are many choices. Let’s explore the various options.

Elope or Marriage by Judge or Courthouse

Some time ago (in my college days), a couple of my friends decided to get married quick. And they chose to do it at the courthouse. I was asked to be the witness. Not sure if that meant that I was also the bestman...but it doesn’t matter now.

The process was very simple. All that was needed was a marriage license that they obtained from the State of Hawaii. Then they met with a judge in a small office where they exchanged “I do’s”. To say it was anti-climactic was an understatement. There were no photos, no flowers, I don’t even remember if there was a ring exchange. None of that was even necessary though, this was more like a business meeting where two people signed a contract. Of course, they loved each other and are still together this day - over 20 years later. So apparently this worked for them.

Get a friend to marry you

With this scenario, expect the unexpected. I've seen weddings where this turned out beautifully. And I've seen it quite disastrous. The best case of this going well was a couple who got married in Maui. He was a lawyer and she was a Broadway performer from New York. They were absolutely gorgeous together - and so were their guests. The choose a fellow performer to officiate the ceremony and boy did he do a amazing job. Obviously, his experience on a broadway stage prepared him for this very special role.

In contrast, other couples have chosen a friend who they this is funny or the life of a party. They think to themselves that surely this person would be a great officiant. Only to find out later that despite their outgoing persona, they have terrible stage fright. What even worse is if they are unprepared or unaware of the necessary legal requirements for filing the proper paperwork after the ceremony is over. I have actually had couples call me months after their wedding ceremony to find out that their marriage was never legally registered.

So if you choose to go this route, it can be great. Just make sure you and everyone else knows what they are getting into.

You really get the best of both worlds with this option. A professional officiant should understand all the legalities of a marriage and also be also present a warm, compelling ceremony that touches your heart.

The down side, as in the case of a judge, is that you probably won’t know the officiant personally. But that is was website and reviews are for. Also, you may even be able to meet before the wedding - either in person or via a video chat.

All three options will work so find one that fits your needs.

3 steps for a easy courthouse marriage

How to register for DEERS after marriage

My first wedding photo with the Galaxy S8 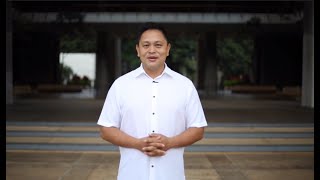 How to get your marriage license in Hawaii. Step by step video.

How to have a quick marriage

3 steps for a easy courthouse marriage

What do I need to for a marriage in Hawaii?

Have a small wedding

Having a simple wedding elopement ceremony in Hawaii